A brief video for my dad, Fred Powell. Along with the pictures of dad,  you will see shots of some of the furniture and clocks he hand crafted and pictures of those things that meant the most to him….his family. 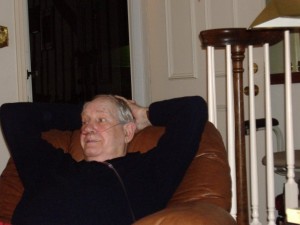 Dad waiting to Chime In

He retired from Whirlpool after more than thirty years of service. Fred was a member of Holy Rosary Catholic Church, and assisted with the soup kitchen at St. Johns Church downtown. He was a veteran of the U.S. Army, and was an accomplished woodworker, making furniture and clocks, and he enjoyed traveling. Fred was a loving husband, father, and grandfather, who enjoyed spending time with his family.

He was preceded in death by his parents, Frederick and Nellie Powell, brothers, Clarence 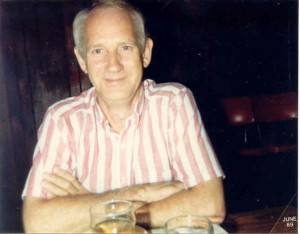 Entombment will be in St. Joseph Mausoleum.

Memorial contributions may be made to the American Lung Association. 115 West Washington Street Suite 1180-South Indianapolis, IN 46204
The family would like to thank Fred’s close friends for their help and support.
Condolences may be made to the family online at www.ziemerfuneralhome.com.

A Few Words For Dad