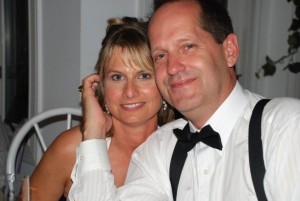 Once Upon A Time

I am originally from a (what was back in the day) a small town named Newburgh, Indiana.  It is located on the Eastern edge of Evansville.  I actually grew up in between the two.  My “neighborhood” had the ideal location!  We were within a mile or two of the Evansville city limits, but without any signs of the city life.  My neighbor to the West was Angel Mounds State Historic Site.  To the South, the wonderful playground of the Ohio River and to the East…nothing but a creek, gravel road and cornfields. (at least that’s the way I remember it).  If you went North on Stacer Road…. well that is how you reached the outside world!  Or so it seemed.  Life was good growing up!  I think about that old neighborhood a lot.  Including All the people that lived within the four streets that made up it, and those that surrounded it.   You all have given me such great memories!

Other background info:  I am a 1981 graduate of Castle High School.  I hung around the “hood” and continued my education at the University of Evansville.  In 1985, I was sent on my way with a bachelors degree in Communications: Radio/TV/Film.  I have a piece of paper to prove it!

Since then, I managed to work part time for two radio stations in Evansville, Indiana.  Four years at a WFMW in Madisonville, Kentucky.  In 1989, I moved to Missouri for a job at then “Missouri’s Farm Voice” KMZU located in Carollton, Missouri.  I hung around there until 1995.  At that time, I was burned out by the “radio biz” and moved onto what can be considered a real job.  For the next six years I worked for a grain storage and fertilizer/chemical distributor.

In 2001 I somehow stumbled into an offer to return to “The Farm” KMZU.  I was very blessed to have the opportunity to hang around and ‘do my thang’ at the farm until April 2013.  Reasons why I left are not important, but the fact that some of the best times in my ‘working years’ were had during this time….and that’s what I care to remember.

Thanks for checking up on me!